So you think you are a fashion nerd? Can you distinguish marsala from burgundy? Or you’re just a newbie browsing around to know the ABC of this glamorous industry? Fret not, because we know not everybody is a Karl Lagerfeld or Anna Wintour. Time and again we come across a certain term which would be Greek to us. This curated guide of the trendiest and the most classic fashion terminologies will act as your Marauder’s map while you make your way around town! Use it well like your life depends on it!

Definition: An overlapping pattern made of diamonds or lozenges, adding a sense of three-dimensionality, movement, and texture. Typically, there is an overlay of intercrossing diagonal lines on solid diamonds. Originally derived from tartan of Clan Campbell, of Argyll in western Scotland, this pattern is most commonly seen on sweaters and socks.

rivia: Payne Stewart, a golf player who won the U.S. Open and a PGA championship, was known and loved by fans for his bright and “flashy” dress. He wore tams, knickerbockers, and argyle socks. 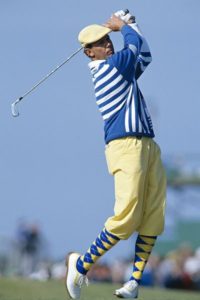 Definition: A decorative design made of one piece of fabric sewn on top of another. Borrowed from the French, this technique is used to decorate an aspect of a garment or product.

Trivia:  In 2011, Madonna wore the famous applique butterfly Vionnet gown on the red carpet at the Venice Film Festival. Definition: A form of tight pleating which allows the garment to expand its shape when moving. Also called as the knife pleat, it is commonly used in skirts. Definition: An A-line silhouette, commonly seen in dresses, is the one that is fitted at the hips and gradually widens towards the hem, giving the impression of the shape of a capital letter A. 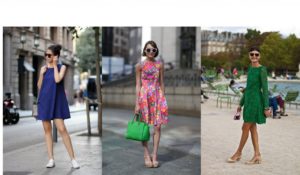 Trivia: First coined by the French couture designer Christian Dior as the label for his collection of spring 1955, this shape became the “most wanted silhouette in Paris”.

Definition: A style of sunglasses, originally developed in 1936 for pilots to protect their eyes while flying, is characterised by dark lenses which are two or three times the area of the eyeball, and very thin metal frames with double bridge and flexible nose pads.

Trivia: The Aviator became a well-known style of sunglasses when General Douglas MacArthur landed on a beach in the Philippines in World War II, and newspaper photographers snapped several pictures of him wearing them. Our Word of the day:

Definition: A portmanteau of the words “athletic” and “leisure” make the most popular fashion trend that has been doing the rounds on the streets. Think yoga pants, grey sweatpants, sports bra, hooded sweatshirts, tank tops and lightweight trainers, this style is becoming bigger than a trend because it offers fashion fused with comfort an functionality. Models like Gigi Hadid and Kendall Jenner are the torch bearers of this buzzing trend. Luxe designs like Yeezy by Kanye West to the recent collaboration of PUMA with STAMPD, are jumping the bandwagon to make this trend a fashionable bash! Now repeat this list and keep watching this space for B, C, D and more! XO

How to wear these 5 most difficult to style fashion trends? RULE THE STREETS IN STYLE THIS SEASON